A Ministry That Identifies, Interrupts, & Restores Those Affected By Trauma

ATP Ministries, headed by Victor Marx, is an international organization outreaching to broken youth and families in nations across the globe. Victor is known worldwide for his powerful testimony from abuse and trauma to a transformed life through a personal relationship with Jesus.

Because of his powerful story, humility and unique martial arts background, Victor was able to reach broken, troubled and trafficked youth in speaking engagements across America. Victor then began High Risk International Mission Trips in 2014. Since then, his work has reached Burma, Nigeria, Syria & Iraq.  On his last trip, Victor recovered several children from high risk regions who were lost, confused, and in critical need of medical attention. Damaeah (her before and after pictures are in the image above) provides a clear example of the pain and trauma that a young child can incur due to war.  Victor and his team hope that more children like Damaeah can be recovered and helped through the creation of the new ATP Mercy House Orphanage in Iraq.

Christian persecution is any hostility experienced from the world as a result of one’s identification as a Christian.  Beatings, physical torture, confinement, isolation, severe punishment, imprisonment, slavery, discrimination in education and employment, and even death are just a few examples of the persecution they experience on a daily basis. According to The Pew Research Center, over 75% of the world’s population lives in areas with severe religious restrictions. According to the U.S. Department of State, Christians in these countries face persecution from their governments or surrounding neighbors simply because of their belief in Jesus Christ.

* He is called “Brother” Andrew because he is a brother to all who follow Christ. 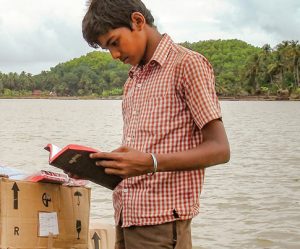 The Voice of the Martyrs

The Voice of the Martyrs is a nonprofit, interdenominational Christian missions organization dedicated to serving our persecuted Christian family worldwide through practical and spiritual assistance and leading other members of the body of Christ into fellowship with them.

In recent years, VOM workers have distributed more than one million Bibles each year on the world’s most difficult and dangerous mission fields, and they are far from finished! 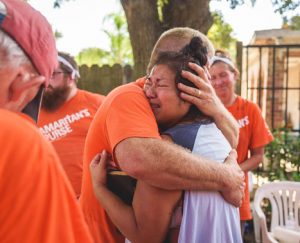 Mission Statement
Samaritan’s Purse is a nondenominational evangelical Christian organization providing spiritual and physical aid to hurting people around the world. Since 1970, Samaritan’s Purse has helped meet needs of people who are victims of war, poverty, natural disasters, disease, and famine with the purpose of sharing God’s love through His Son, Jesus Christ.

After He shared the story of the Good Samaritan, Jesus said “Go and do likewise.” That is the mission of Samaritan’s Purse—to follow the example of Christ by helping those in need and proclaiming the hope of the Gospel.  As the Apostle Paul said, “For we do not preach ourselves, but Jesus Christ as Lord, and ourselves as your servants for Jesus’ sake” (2 Corinthians 4:5, NIV).